This Video was taken by me on Holiday in Florida at Bush Garden. Here is an Article in the Local Newspaper that explains a bit more:

It may seem like an unlikely pair, but its been a year since Busch Gardens Tampa park guests got to see an 8-week-old male cheetah cub and 16-week-old female yellow Labrador mix puppy play together. They were first revealed to guests on Monday, April 16, 2011. Busch's animal experts expect their friendship to last a lifetime.

The pair, who were later named Kasi (cheetah) and Mtani (dog), spent only supervised play times together at first. Now, a year later, they live together full time at the park's Cheetah Run habitat and even travel together to schools, events and more as animal ambassadors.

Park guests can see Kasi and Mtani daily at Cheetah Run, where they spend a portion of each day playing together, training with their keepers and exercising with the habitat's lure system which encourages them to run.

Although this is Busch Gardens' first cub-and-puppy combo, it is not uncommon in the zoological community for a single cheetah to be raised with a canine companion. Only approximately 12,400 cheetahs remain in the wild and they are on the U.S. Endangered Species Act list of threatened species. ( Orlando Attractions Magazine) 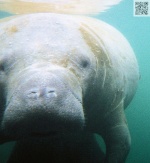 Another nice video, they look as if they are good friends. Do you work where the video was taken Mickey or just visiting?

Thank you for you comments littlewid!

I will edit both Videos and give a bit more info on them.

Thank you for watching!

An interesting clip, it looks like the dog is part Rhodesian Ridgeback so no wonder it is happy to play with a cheetah.