are Owls stupid as often claimed?

Wild About Animals :: Birds of Prey

are Owls stupid as often claimed? 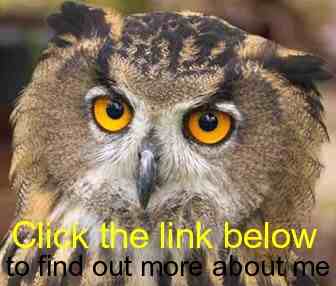 I have very often read that owls are stupid in birds of prey training books although nearly always specifically by falconers (not owl keepers) I profoundly disagree with this.

I have watched my Eurasian Eagle owl very closely as she spends almost every
evening sat on a perch in my lounge watching TV with the Cat & Dog
which has given me such a great insight into her behavior. It is widely known
owls are harder to train than other raptors but I do not accept this is because
of their intelligence more I think to do with their very nature.

I think most impartial freethinking people would agree it would be
much harder training the Cat & if the trainer failed it’s easier to blame
the cats inability to learn by blaming its lack of intelligence than to admit to the
trainers inability to convey their will on the cat? I don’t speak as a cat
training expert as I am sure it would be really difficult although by no means
impossible.

My Owl Sage is clearly not stupid by any measure
(where as my Peafowl are the Opposite they are mind-numbingly stupid), Sage
however is stubborn, she is also aloof, she will only do what she wants & also
at her pace & fiercely independent all adding to the Difficulty of
training. I am not pretentious enough to set myself up as the
expert preaching to others however I am knowledgably & intelligent enough to observe an
animal’s intelligence & ability from my extensive observations. It is my view that owls are a
long way from being stupid. There are also other contributing factors which make
training an Owl more difficult but I don’t personally believe stupidity is one of them.

I think the claim that owls are stupid probably says more
about the authors intelligence than it does about the Owls.

The purpose of writing this is not to have a go at falconers but in the hope that falconers might consider
the bad press they give to owls by their assertion about the owl’s stupidity
& help focus their mind on taking a more relaxed approach when training owls
given the difference between them.

I agree Owls are certainly not stupid, and I think anyone saying that, should look in the mirror. They are very intelligent creatures, who are not meant to be trained anyway. They are independant like all wild animals, and will see no benifit in doing anything unless there's a reward at the end of the task they are set. If someone is trying to train an Owl, and it does'nt respond then clearly they are not using the right reward for the task they are setting the Owl. Dogs will respond to praise as a reward, whereas Cats will need something else. So it's down to the intelligence of the trainer to find the the reward that works for the animal they are attempting to train, not the other way round. I have never trained a Raptor or wild animal, but those are my thoughts.
By the way Welcome to Wild About Animals, I'm sure the members would love to see some photos of your Owl, and if you need any help with the Forum just ask, and one of us will get back to you.

Hi thanks
for the welcome, i will upload some pics in the next day or two plus there are some pics of my eurasian Eagle owl Sage on my web site all the w's twinmoorview.com.
best wishes to you all.

If you check your message box you will find instructions on how to upload your photos
WS
_________________
If I can make somebody smile, my day has been worthwhile

Checked out your web link EG, looks a nice place and there's some nice pictures / info on there.

Checked out your web link EG, looks a nice place and there's some nice pictures / info on there.

thats very nice of you to say.

Your owl in your Avatar is a georgeous looking bird. How long have you had it?

Have you just this bird or anymore?

i also keep peafowl i have a white peacock & a pied peahen but no other raptors. i may keep more later but at the moment i am still learning but enjoying the whole thing. i have kept peafowl now for years but its by no means as rewarding as keeping sage the owl.
regards.
EG

Really like your Twinnmoor site EG especialy all the news, and information on Eagle Owls, and it sounds a lovely area to visit. I do'nt know if you've seen the Plant Pot Owl featured in the Web Cam section, I'm sure you would love the video of it. This is the link to ithttps://wildaboutanimals.forumotion.net/t1191-plant-pot-owl
As this is an African Eagle Owl, I wondered what the difference's might be with Sage
WS

glad you liked the owl info i am just about to add some more pics & info, the reason for doing it is I take sage to Marwood hill gardens Devon often in the summer & i get inundated with questions mostly the same when new ones are asked i research it & often find contradictory answers so I am trying to get the definitive & factually accurate answers based on research & observations including my own plus i will keep adding pictures to back it up. Really glad to hear you liked it that makes the effort worthwhile.
i have seen the video but not the plant pot nest both really good. Thanks for sending the link i hope others will check them out when reading the posts.
Best wishes.
EG......Ian

i have now updated my web site, even owl people will i think find the lower section of the eagle owl section really interesting.
please let me know.

Glad you liked Plant Pot Owl EG. I just loved that video. I bet you get lots of people gathering round when you take Sage out. We have a rescue centre foe Owls near us, and sometimes they take the Owls out to meet people to raise money for the centre. I will check the new info on Owls you've put on tomorrow. Thanks for letting us know
WS
_________________
If I can make somebody smile, my day has been worthwhile

yeh big time get a croud, i have done a little fundraising for mcmillen while there, everybody seems to get so excited seeing her & i like people being interested but mostly i do it as it helps with her manning (getting used to people & things in everyday life socializing etc).

Just caught up EG - what a beautiful looking owl she is. Did I miss you posting photos? Will check out your website now.

Hi LP
no because of the 7 day rule i cannot submit photos right now but i will later when the restriction is shifted & when i have 5 mins spare.
EG

Great website by the way, we would love a cocker spaniel but not just yet, we have two dogs now, one Rhodesian Ridgeback, Tamu, and a retired rescue Greyhound, Penny. Penny is getting on a bit and wouldn't tolerate a puppy, she likes to be top dog!

glad you liked the web site i have updated it again today,
I like grayhounds we did think about getting a soluki but thought better of it. we are secretly hoping that friends etc will buy them only so we get to see them grow up, lol.
best wishes.
EG
p.s. your last post is showing as written / posted in half hours time??????????

I know what you mean, when our springer had puppies, I would only let people we knew have them

i am guessing time differance is to do with british summer time, maybe your hosting company is based is usa & not taking into account b s time? i did look my post showed as 1 hour later now the time is 15.42 im guessing it will show as posted at 16.42 ish?

either that or the web server's system is set to the wrong time.

not sure, I am showing correct time as I type and up above it is showing the correct time

Just a thought as you are an owl man - i'm just back from Zambia, some wonderful owls there, the best one we saw was a Pel's fishing owl, what a magnificent owl he was just sitting patiently by the lagoon, and best of all we saw 3 all together and several times

So there was this mysterious nocturnal/dawn/daybreak sound. I couldn't see what/who it was but it sounded like a squeaky door. Starts low, goes up and then low again, calling every 30 seconds or so. I could only think of an owl, any ideas EG ? It was right outside our room and then moved off into the distance.

reply re what was that noise

your first thought would have to be an owl although which one if indeed it was an owl is anybody’s guess. Eurasians vary in colour but all have a white patch directly under their face this is a vocal patch………………following scientific European studies it was found that when these owls call for their mate or a mate they lift their heads exposing their white patch. It also showed the closer to full moon it got the more the owls called peaking at full moon then reducing as it moved away from full moon. the hypotheses being as they are at or near the top of the food chain they do not need to hide their location & where a mate is concerned they want to advertise it so they call & by calling they also show by the white patch (the patch is not easily seen unless they tip their head back.
I wonder if something like that was going on or whether parents were communicating with their young remembering many chicks are born with an ability to look after itself from day 1 but owls are totally helpless & so go through a different upbringing to say chickens or ducts.
when i have been in differant countries i have often heard things which sounded really strange you only have to hear foxes over here which even to this day surprises me with how odd they can sound.
Sorry I cannot be more help.
p.s. yeh my computer shows the correct time but when you check the time after posting it shows as posted an hour later, try it & you will see what I mean….. not that its of any importance whatsoever I was just pointing it out to you.
Best wishes.
EG

Thanks EG - I am googling 'sqeaky door' birds/mammals/creatures to see what comes up!

I am still convinced it was a bird of some sort

Wild About Animals :: Birds of Prey