I wasn't quite sure whether I should post this in Cheetah Chatter or Safaris, but as the photos were taken on my last visit to Kenya, I decided the latter.
I was very lucky with cheetah sightings coming across them virtually every day of my visit. This post concerns the same mother and cub I first saw on my previous visit in June. The cub, a male is really a sub-adult now and the same size as his mum so I do not think that it will be very long before they part company.
My first sighting of them was on my way from the Mara North airstrip on my arrival and my final sighting on my way back to the airstrip at the end of my trip!! I was very lucky.
The only (good) problem I have with cheetahs is that they are far too photogenic and consequently I take numerous photos of them. They are definitely the "Super-models" of the cat world, always knowing how to pose and show off their best side and appearing elegant whatever they are doing. These are just some of my photos. 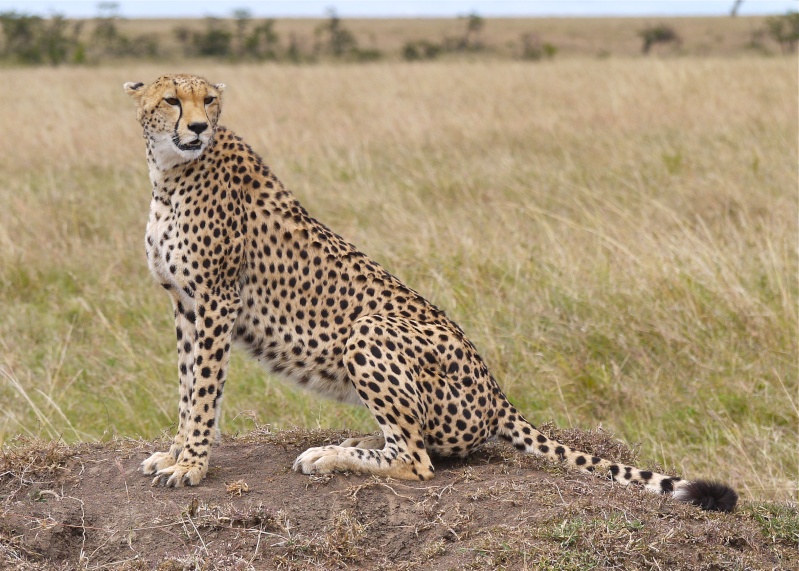 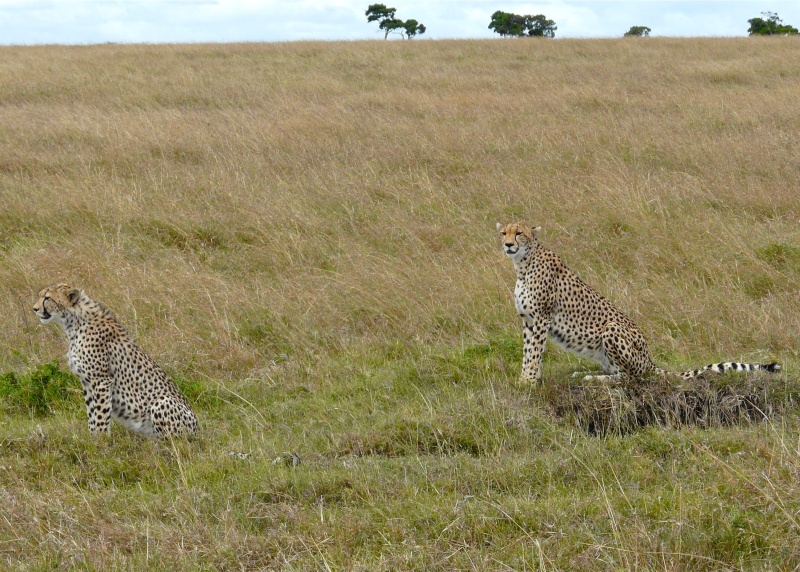 The Cub on the left and Mum 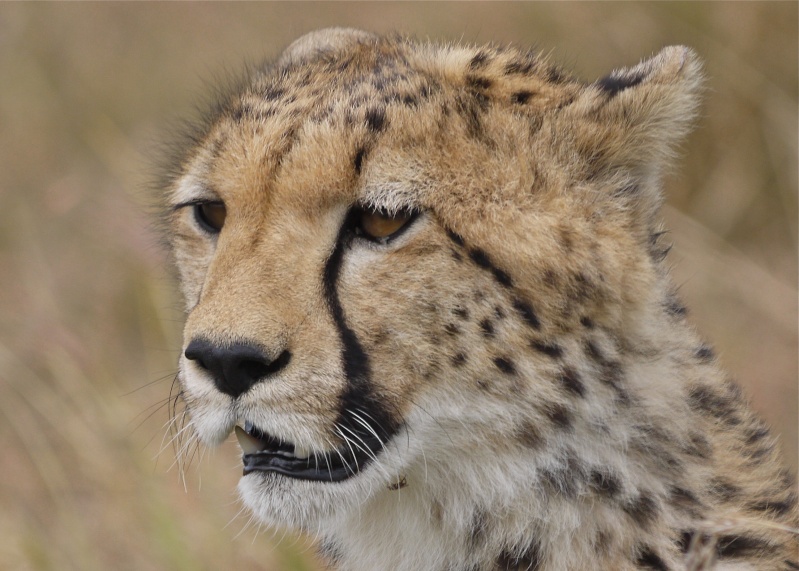 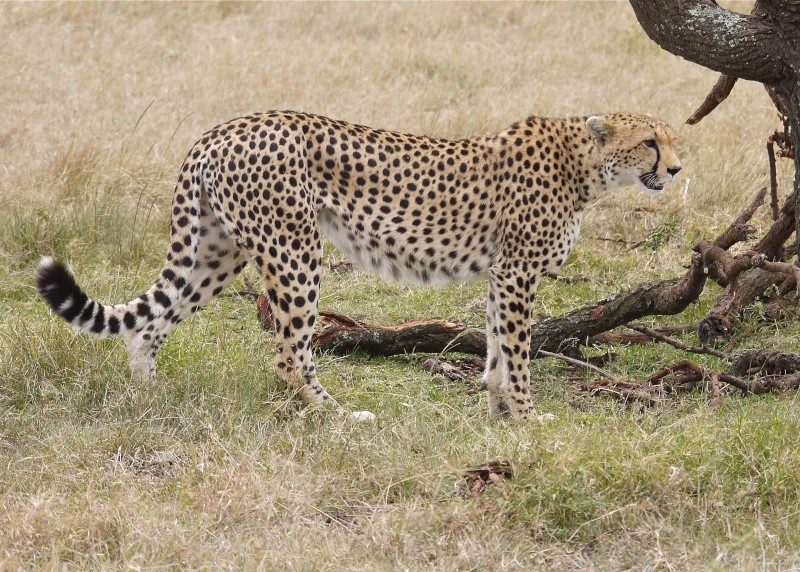 Mum checking out some scent marking 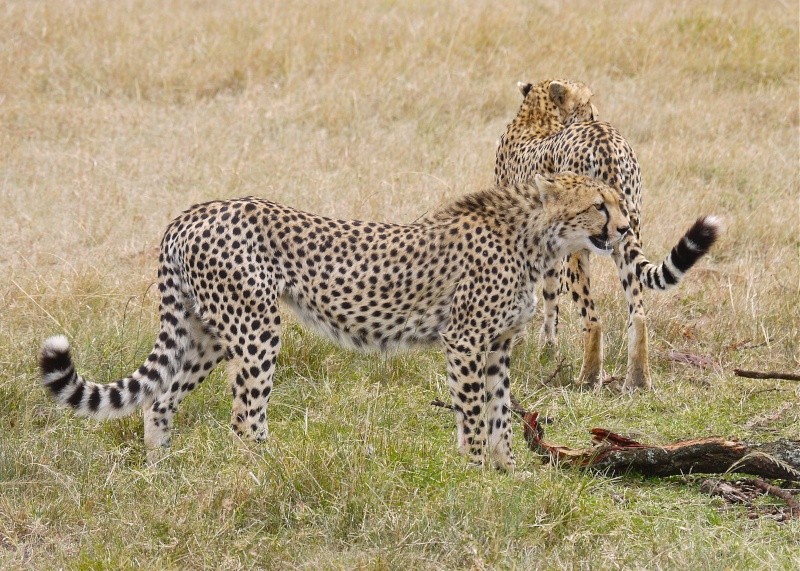 The Cub still showing the vestiges of his mantle 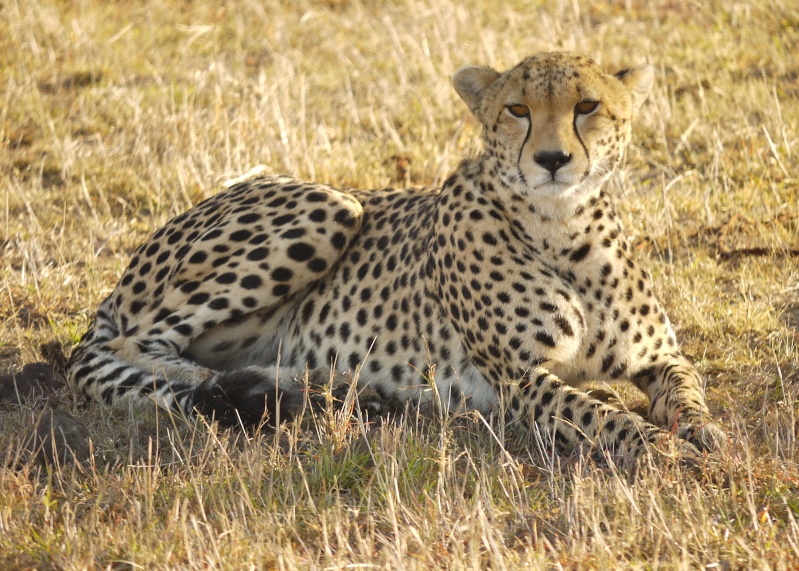 Mum in the classic cheetah pose!! 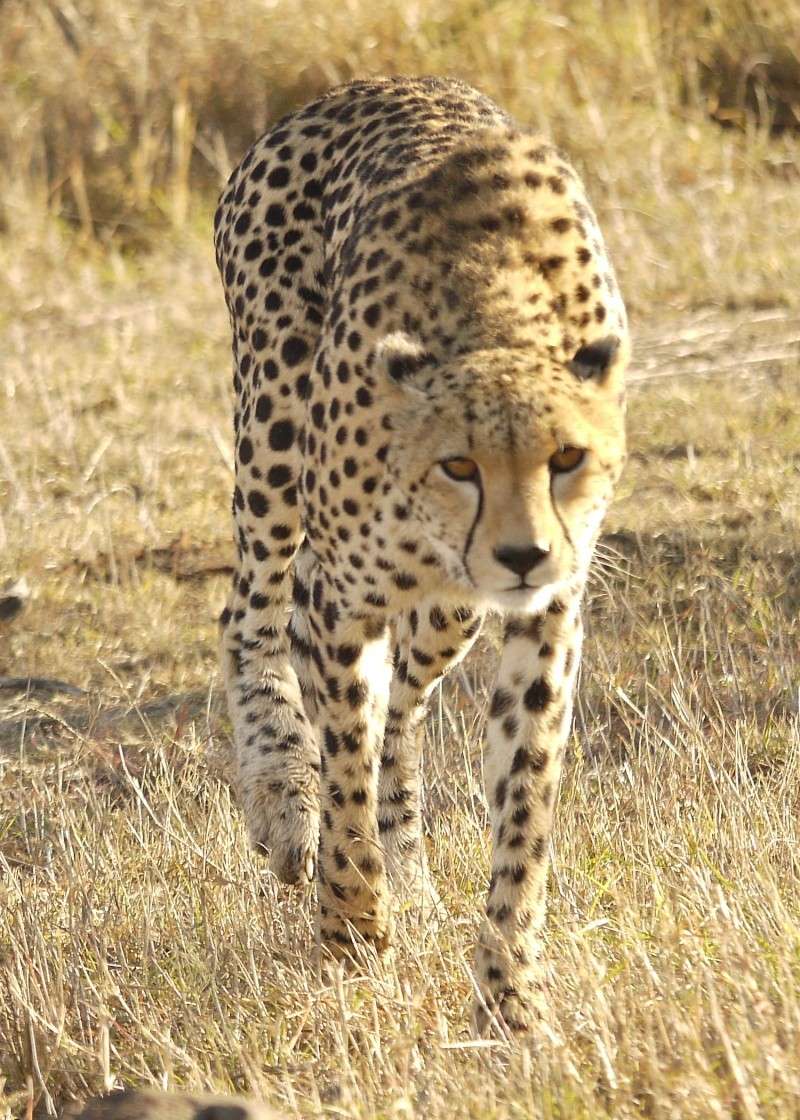 The Cub deciding to check out our vehicle and then running around us at high speed and then going under the vehicle and coming out the other side!! 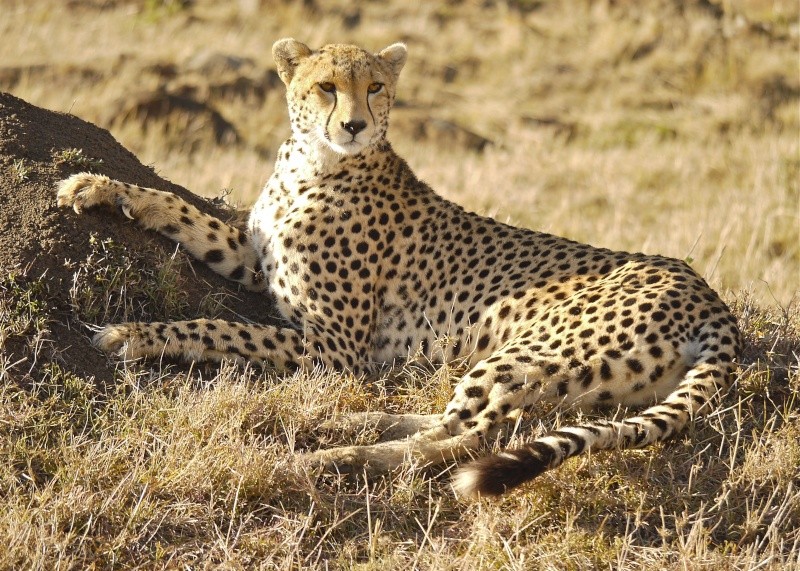 Another classic pose from Mum 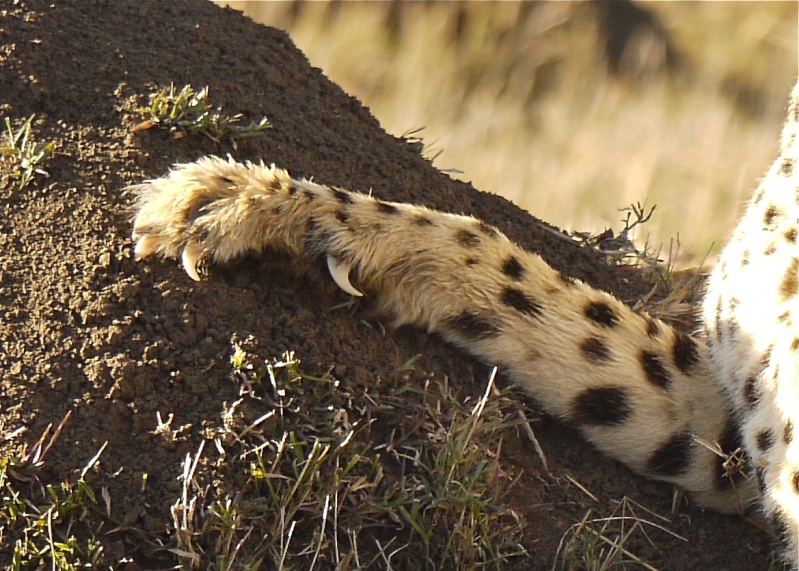 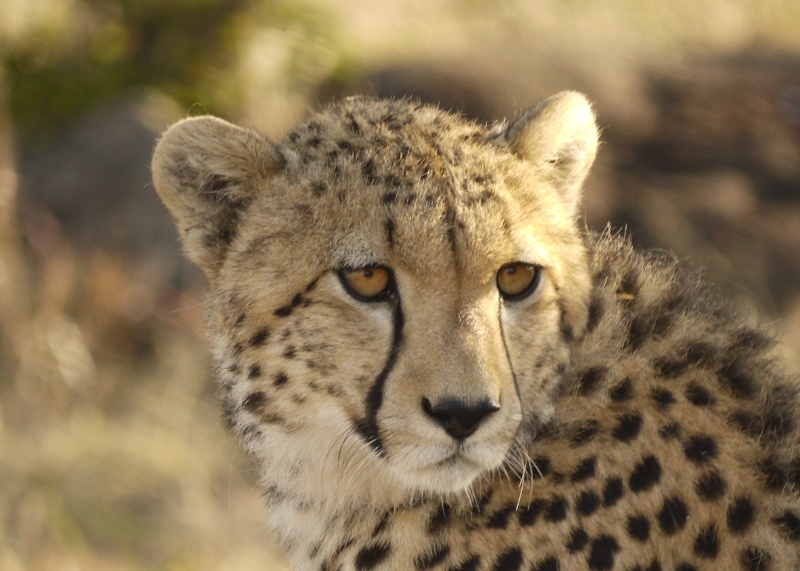 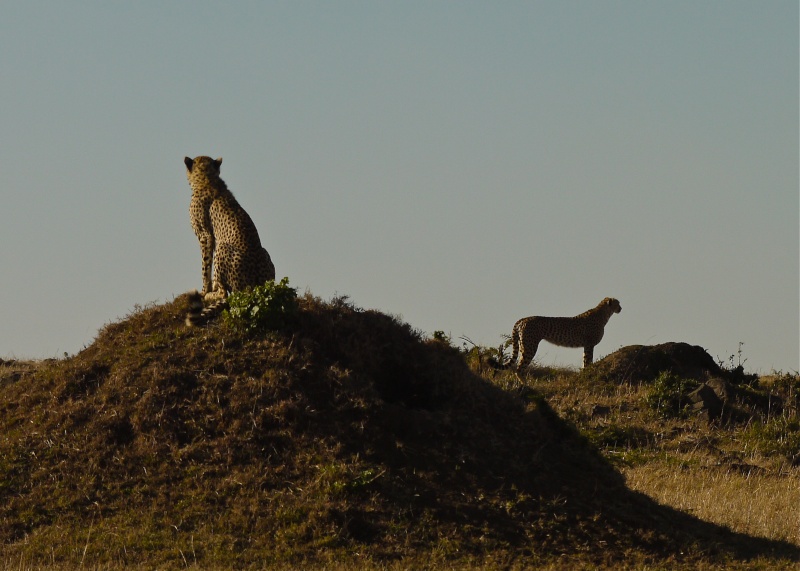 The Cub and Mum silhouetted against the early morning sky 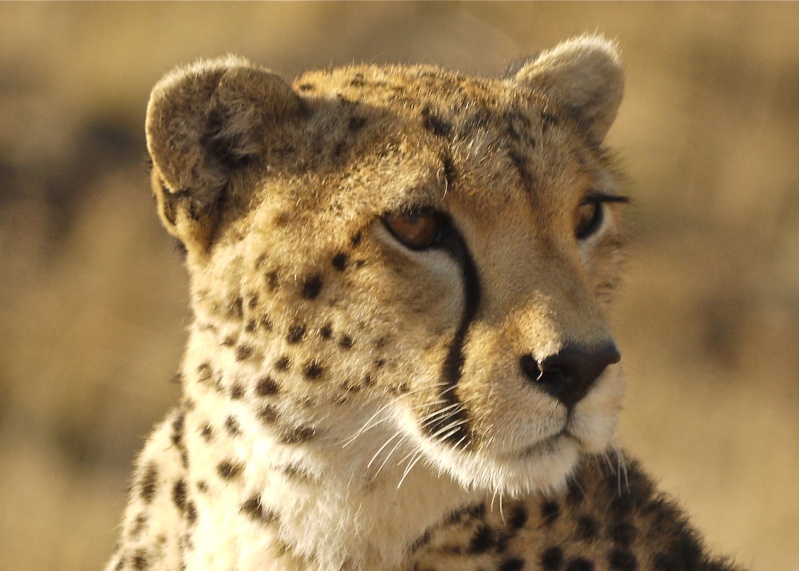 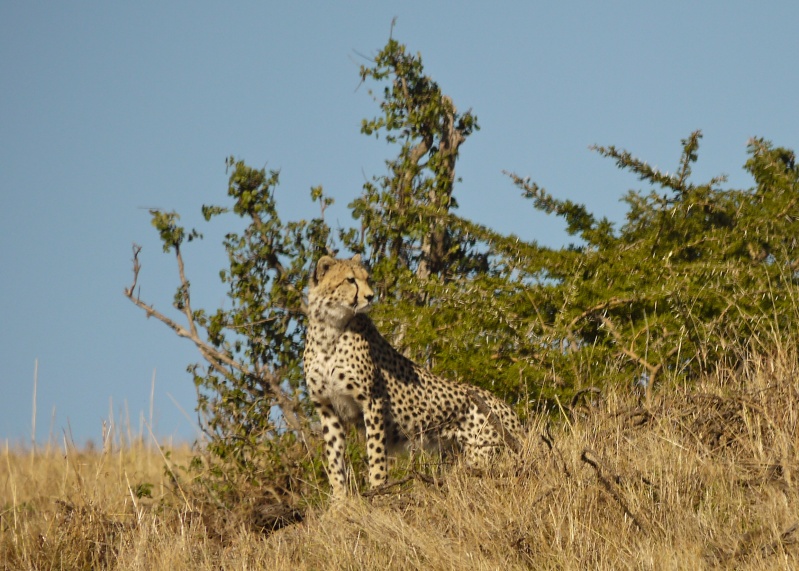 My last sighting of them on my way to the airstrip. They were on the top of a rocky ridge and we watched them as they slowly descended and sadly disappeared from sight!! 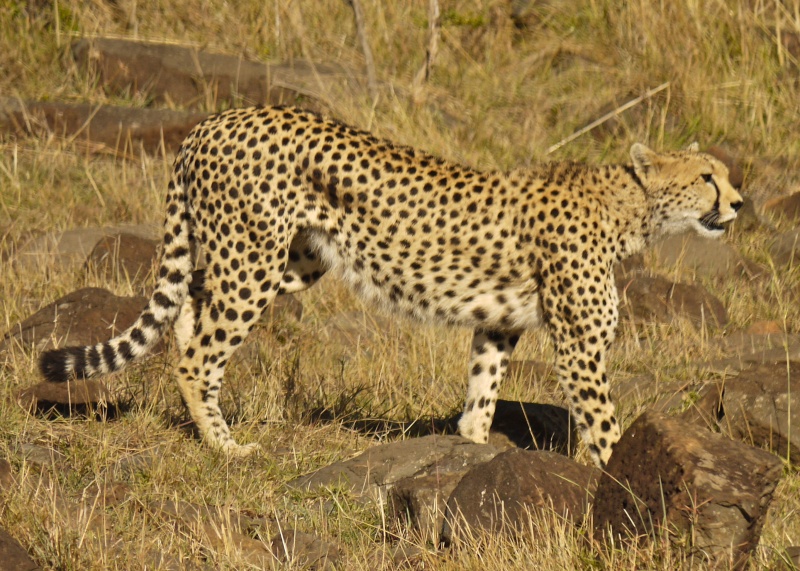 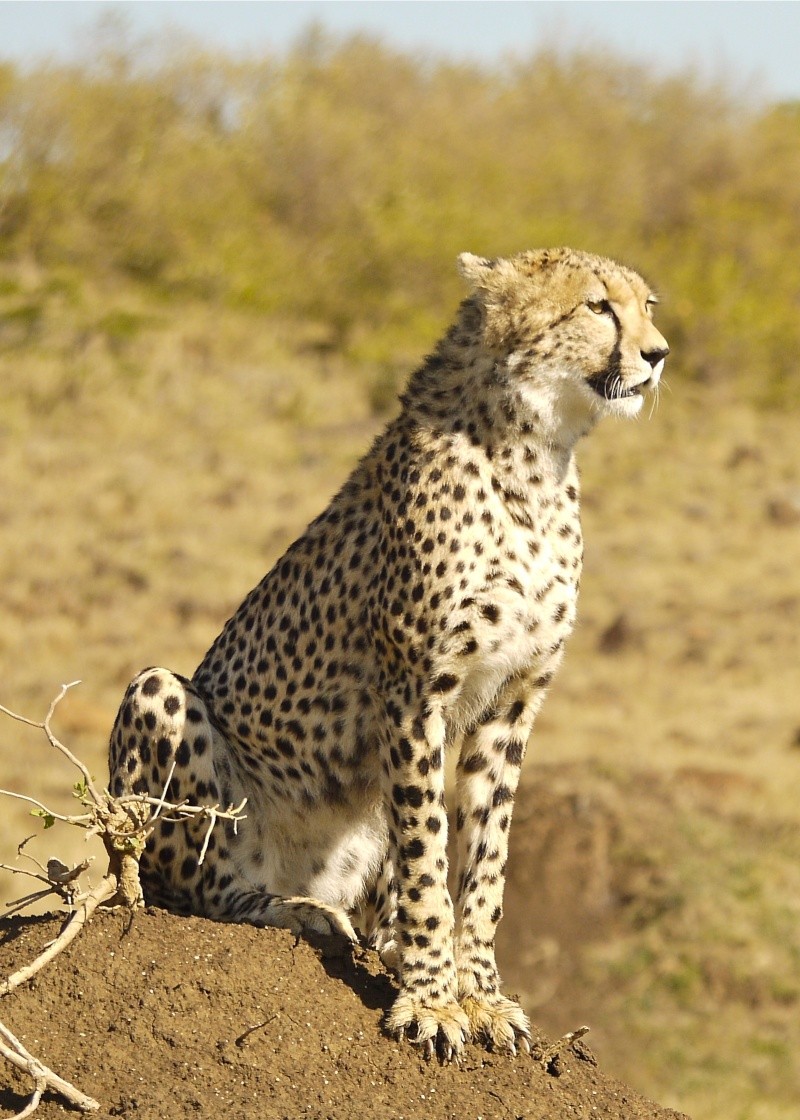 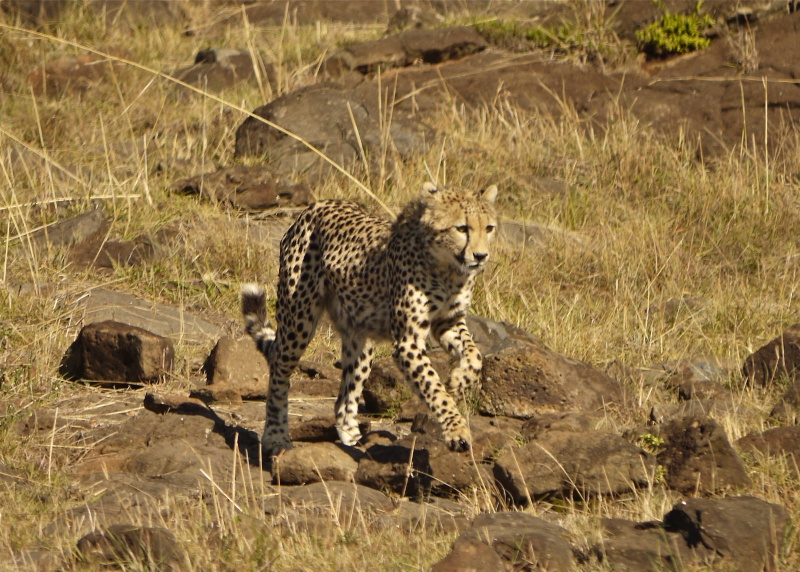 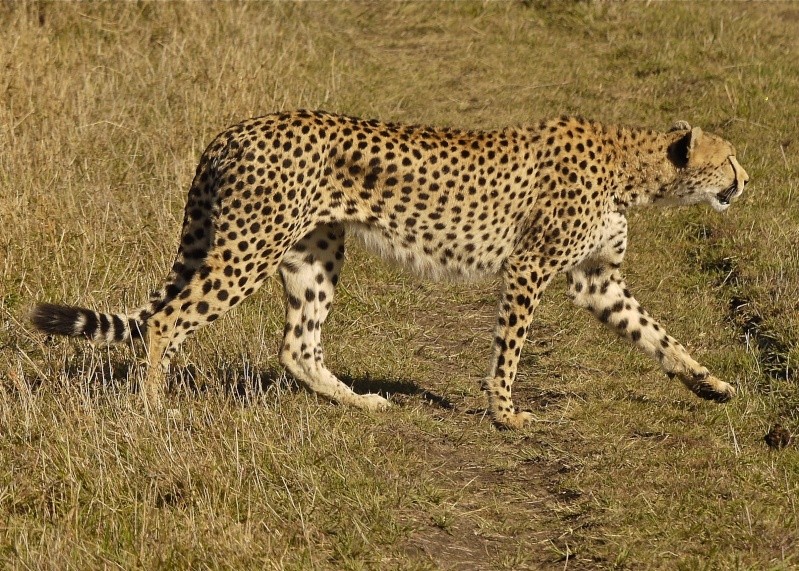 I will do a posting on the other cheetah I spent time with, the male known as "The Runner", in the near future.

As ever Safariman some lovely photos of both the mother and the cub and a great story to go with all the photos. I always look forward to your posts and news and I think this is definitely the right thread for this one.

You are so right about them posing!

Those are really beautiful photos Safariman. I just love the poses, and the different shots show the different modes they are in, scent marking, relaxing, and the Cub going for the car looks in hunting mode. Thats a great one showing the remnants of the Cubs mantle as we were talking about in the other post about Cheetahs, and Honey Badgers
WS

Those are as always lovely shots Safariman. You are right the Cheetah is the Super Model of the cat world, I wonder if some of their charisma for being photographed is not only their beauty but also because they are the most fragile/delicate looking of the big cats. Their faces also liken to domestic cats and with that we don't immediately see the predatory side of them. Maybe they are the cats we really see as the Pussy Cats of the Big Cat World.

Wonderful pictures of a beautful, majestic big cat that I never tire of looking at. Great to see the both of them looking so well and they were definitely posing for you so you could get those pictures. Lovely thanks Safariman

Some more wonderful pics Safariman. Very beautiful indeedy. Especially like mum's cheetah poses! And you are right; the super-models of the cat world.